I need to get my red, white, and blue out! There are quite a few sporting events coming up in September that will make an American get up and cheer!

First, the US Open in New York (August 27 through September 9) … the only major tennis tournament played on US soil (the BNP in Indian Wells is sometimes referred to as the 5th major, but until it’s officially anointed…).

Then there’s Davis Cup going on the second week in September where the USA will play Croatia in Croatia. Odds are I’ll watch that from my couch. 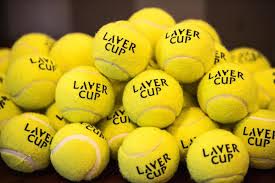 The weekend of September, the Laver Cup is in Chicago where Europe plays against the world. American’s John McEnroe and Patrick McEnroe captain the World team and John Isner represents the USA. I’m definitely going to be there for that!

The last weekend in September is the Ryder Cup over in Paris. I look forward to seeing Patrick Reed’s and the American team’s spirit! Whether I watch that from the couch or in person, that’s TBD!!!

Once September passes, October brings the World Series – can’t get much more American than baseball!

US Open Event Tips
The Open or The British Open?