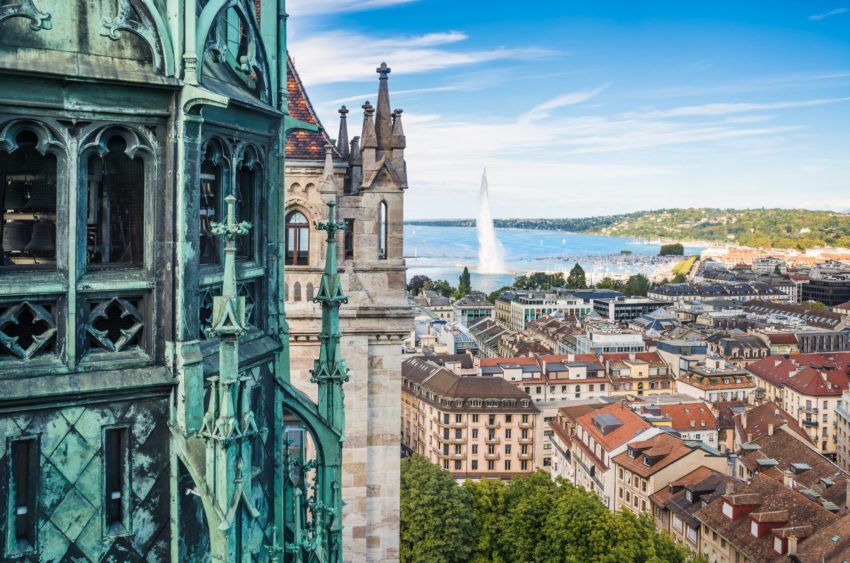 Experience a unique tennis tournament like no other! Read on to find out how the tournament works

The city of Geneva in Switzerland will host the third edition of the Laver Cup next year, at the Palexpo Stadium from September 20-22, 2019.

Switzerland’s central European location will also make the Laver Cup accessible to so many fans across Europe. Over the past 20 years, Switzerland has emerged as one of the most prolific tennis powerhouses in the world, and of course is home to one of the greatest tennis players of all time. It’s only fitting to bring the newest event in world tennis to this great country.

World No.2 and 20-time Grand Slam champion Roger Federer is excited about playing the third edition of the Laver Cup in front of enthusiastic crowds in his home country.

“I am so happy the Laver Cup is coming to Switzerland. I would like to thank the city of Geneva and the Laver Cup team who made this dream come true. I am excited to help bring this innovative team event and the world’s best players to my home country.” – Roger Federer

“The Palexpo is the ideal facility to host the Laver Cup,” said Steve Zacks, Managing Director of the Laver Cup.

“It has been the home for major sold-out tennis events and has the scale and facilities to allow the Laver Cup team to create something spectacular. We plan to expand on the Laver Cup live event concept and create the stadium, practice court, fan village, and more under one roof.”

The structure is like The Ryder Cup – the most exciting event in golf! Four of the six tennis players will qualify based on their ATP singles ranking as of the Monday following Wimbledon. Two are “captain’s picks” announced on the Monday after the US Open. Every day four matches will be played- three singles and one double. If the competition is tied after all twelve matches, a tiebreaking doubles match will determine the winner. Each match win will be worth one point on Friday, two points on Saturday, and three points on Sunday. The team with the highest amount of points will win the Laver Cup.

We are excited to provide the following 4-night Laver Cup package. Contact Carlos McCracken or Michael Jeffs to help customize your Laver Cup trip at 704-814-6801, toll-free 888-862-7668, or tennis@macsportstravel.com

Geneva is slick and cosmopolitan and maybe that’s why it is often mistaken to be the capital of Switzerland. A beautiful city in the French-speaking part of Switzerland, with the amazing backdrop of the Alps, Geneva is known for many things apart from watches, chocolate, cutlery and of course, its lakeside scenery.

This historical city is the site for many UN agencies. St. Pierre, a medieval cathedral dating back to the 4th century is the highlight of the Old Town. Lake Geneva, with the impressive 460feet fountain Jet d’Eau, is the symbol of Geneva. Enjoy the view of the snow-covered Mt. Blanc at 16,000feet, making it the highest peak in Europe. Go for many nature walks along the lake and through the Bois-de-la-Bâtie, a 30-acre forest in the middle of the city.

Visit one of the many chocolatiers in Geneva to get a fill of your sweet cravings. Geneva is also home to CERN, the largest scientific research center in the world, where the “God Particle” was found. 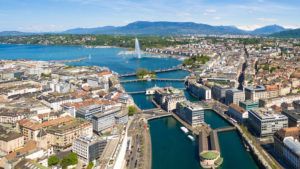 Warwick Geneva Hotel is a 4-star property only 1 mile from the International Red Cross and Red Crescent Museum. The hotel was opened in 1972 in a 7-story oriental building and completely renovated in 2010.

Guests will enjoy a central location in the middle of Geneva. This comfortable hotel boasts close proximity to gardens and mountains.

The property comprises 167 individual guestrooms with a panoramic view of the lake. Many guestrooms offer views of the Alps and Lake Geneva. The rooms also feature carpet floor and leather furnishing.

The gourmet restaurant amazes guests with fine French dishes in a sophisticated atmosphere. The cozy café bar offers free Wi-Fi, a piano and a terrace. The venue is set next to a port and 150 meters from Le Pradier and Bistrot du Boeuf Rouge with a broad selection of dishes. Gare de Cornavin train station is swiftly reachable. Warwick Geneva Hotel is located within 3 miles from Geneve-Cointrin airport. 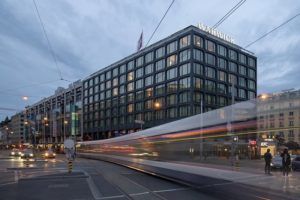 Check Out Our Other Packages!